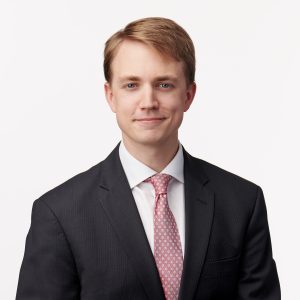 Bill Rivers is a strategic communicator with a decade of experience in government and national security in the U.S. Senate, Pentagon, and the Fortune 100. From 2017 to 2019, he served as speechwriter for U.S. Secretary of Defense Jim Mattis, developing classified and unclassified messages to materially advance national security priorities. Prior to the Pentagon, Bill worked in several communications roles in the U.S. Senate. He holds an MPA from the University of Pennsylvania, where he studied as a Truman Scholar, and a BA in International Relations from the University of Delaware.

His debut novel Last Summer Boys, set in the Vietnam War era, was released in 2022 and became an Amazon Kindle #1 bestseller in historical fiction. Bill’s writing has appeared in the Wall Street Journal, NBC News, TIME, Defense One, and Real Clear Defense. He and his wife and children live outside Washington, D.C